„Negative“ is not necessarily a bad thing

Due to the measures taken to prevent coronavirus infection, the pace of life has changed for most people across the world. To look at the situation in a positive light, we have been given the opportunity to stop, look around, learn something new and spend quality time with our loved ones.

For me, the present lockdown situation triggered a need to explore the current health crisis. One topic which I wish to cover here and with which I have gotten familiar during this time, is the phenomenon of positive and negative ions (which will be discussed in more detail below).The idea to look into this came about thanks to a Himalayan salt lamp I received as a gift a couple of years ago from a friend, which, according to him, emits negative ions and neutralizes the radiation of home devices, primarily computers. Like the cactus next to my computer, which sits there for a similar reason, that lamp would probably still stand there today, had I not accidentally knocked it down. Given that my desk was quite crowded, at first I didn’t consider displaying it, however, considering that it was a gift from a dear friend. Since I never had time previously, I decided to spend my isolation studying the benefits of negative ions for human health. I was also inspired to think a little differently about life and health, during this time

The current isolation measures, which have lasted for months, will soon be behind us and we will return to normal life. However, after everything that has happened, I believe we should use our time differently. In the first place, we ought to try to take more care of our health, especially through exercise, frequently visiting nature and being in the fresh air. This period of isolation and fear of the virus has made me realize how much truth there is in the statement "Health is not everything, but without health, everything is nothing" (Arthur Schopenhauer).

Viruses and bacteria are all around us, inside and out. How much hiding in the house can result in is questionable, it might even be counterproductive for both the immune system and the human psyche. Therefore, it seems that strengthening our immune system provides the best chance against these invisible enemies, both as a means of prevention and a means of surviving infections.

Ions as molecules can be positively or negatively charged, and it has been previously proven that negative ions have an extremely beneficial effect on the body, as opposed to positive ones that destroy it. Positive ions (cations) are usually felt 24/48 hours before changes in weather, when meteoropathic people experience joint pain, scar pain and headaches. The relief that is felt after such an occurrence, i.e. electrical discharge from the body, is attributed to negative ions. As for anions (or negative ions), these are molecules that exist in the air around us and are negatively charged. 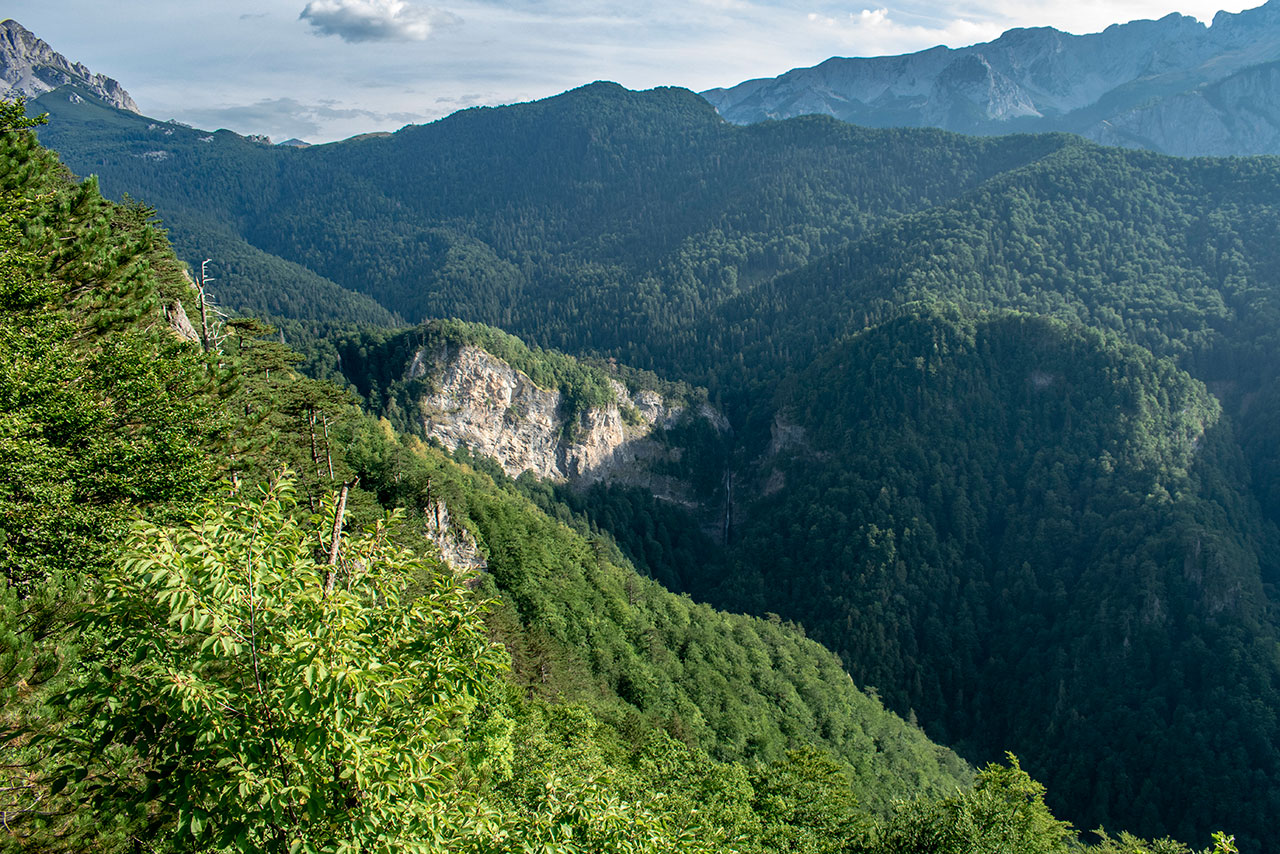 From a health point of view, negative ions neutralize bacteria and viruses which are the cause of many diseases. They also have a positive effect on cell metabolism, strengthening immunity and the cardiovascular system, improving respiratory function, and raising the levels of energy and serotonin (the good mood hormone).

According to the WHO recommendation, in order to prevent bacteria, it would be ideal to have 1,000 anions in the air per cm3. We know also that with increasing altitude, the concentration of negative ions per cm3 increases. Taking city air as an example, due to air pollution, there are only 0 to 500 negative ions per cm3, while the concentration of negative ions in the mountains rises to 20,000 per cm3, though this amount depends on whether the mountain is rich in coniferous forests, lakes, streams and waterfalls.

Considering the WHO recommendations, when talking about Bosnia & Herzegovina, it is inevitable to mention the area of ​​the municipality of Foča, which has excellent preconditions for a high concentration of negative ions. In addition to naturally high elevation of 400 m above sea level in the city center and up to 2836 m at the highest peak in Bosnia and Herzegovina, Mount Maglić, Foča has a richness of fresh water springs and river systems in its territory. The vast amounts of forest and lack of large industry and too many vehicles also ensures clean air, resulting in clean lungs. The strength of the river is best seen in the depths of the Tara Canyon, since the Tara River, although much shorter and smaller than the Colorado River for example, still managed to create one of the deepest canyons in the world, and the deepest in Europe.

When it comes to the territory of Foča, the river Drina is the most dominant and largest river around. It begins at Šćepan Polje, through the merging of the rivers Tara and Piva, and has a great quantity of small rivers and streams which flow into it from there, including larger rivers such as the Sutjeska, Bistrica and Ćehotina.

As previously noted, the entire region is dominated by forest which is for the greatest part protected, and thanks to which there are many plant and animal species which exist here in great numbers. The most significant part of the protected forests is located on the territory of the Sutjeska National Park, more precisely in the Perućica rainforest, where more than 170 species of trees and shrubs have been registered so far. As the oldest rainforest reserve in Bosnia and Herzegovina, and one of the last in Europe, according to scientists from Yale University, it is characterized as a unique rainforest with a significant contribution to the global carbon cycle.

Sutjeska National Park is also host to the Skakavac (Or Grasshopper in english) waterfall, which dominates the central part of the rainforest. The park is also host to numerous lakes on Zelengora mountain, which for the most part belongs to the territory of the national park.

The importance of negative ions has a scientific basis, and in scientific papers we find that ionizing air reduces the infectivity of viruses and prevents their transmission through the air. The influence of negative ions in scientific papers (see Shu-Ye Jiang’s “Negative Air Ions and Their Effects on Human Health and Air Quality Improvement”) is mainly focused on the cardiovascular and respiratory system, as well as on the reduction of blood pressure. When it comes to mental health, exposure to anions alleviates the symptoms of seasonal affective disorders and has beneficial effects for mood disorders.

The company “Sharp” conducted research on the bird flu virus with the prominent professor John Oxford from the University of London. At a concentration of approximately 50,000 cm3 of negative ions, the study found a complete neutralization of the highly pathogenic avian influenza virus from a 1m3 box. The work itself is called “Higher Concentrations of Plasmacluster Ions ® * 1 Boost Virus Inactivation and Elimination, Inhibit 99.9% of Airborne H5N1 Avian Influenza (“Bird Flu”) Virus “.